Quick post here. I recently updated my environment to vCenter 6.0 Update 1 and VMware Site Recovery Manager 6.1 and after my first attempted test failover (and subsequent ones) the test would always fail when it tried to power on the virtual machines. Some powered-on and some didn’t. The following errors appeared for about half of my VMs: 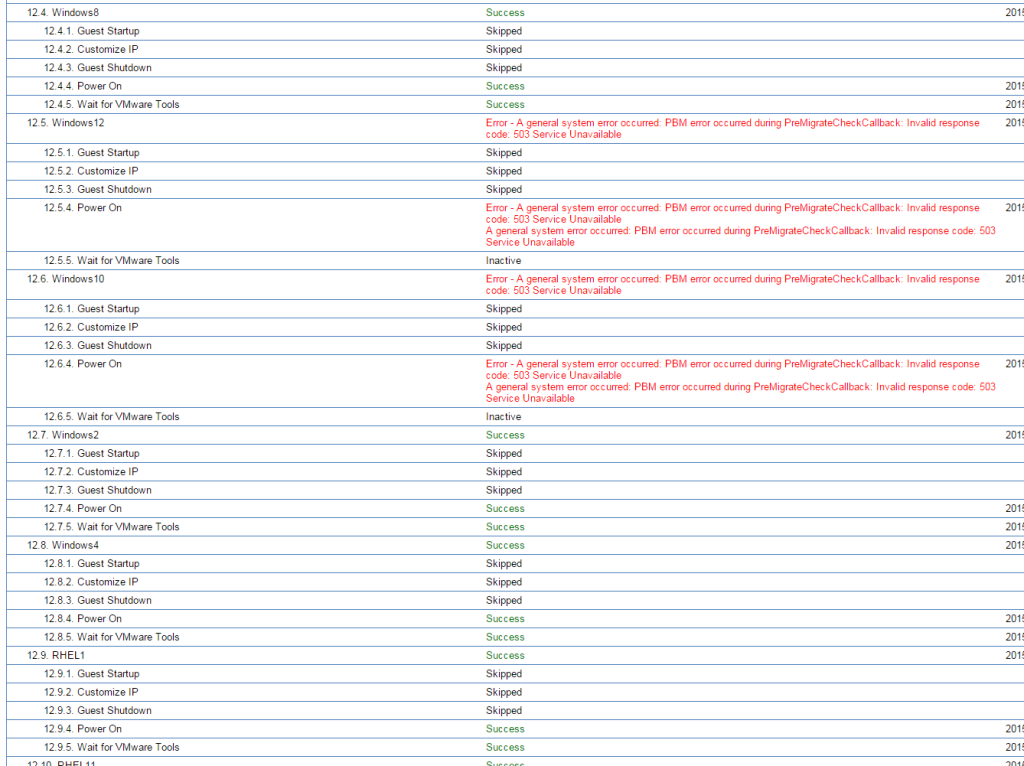 Alrighty. That means what? At first I thought maybe it was a VMware tools issue, so I made sure I had the latest and greatest installed on all of my VMs.

Re-attempted the test recovery and it failed again. No rhyme or reason to it, different VMs, no relationship to hosts or datastores or anything that I could tell. The datastores were recovered and the proper VMs registered but failed to power on.

If I tried to manually power them on in the Web Client, all of the power-on options were gone (well grayed-out). Looking in the logs there was not much more interesting,

But I then realized that PBM probably means Policy Based Management or something close which probably means the Profile Driven Storage service. I clicked on the vCenter Storage Provider screen and sure enough the following error popped up:

Popped over to the service management page and gave it a start: 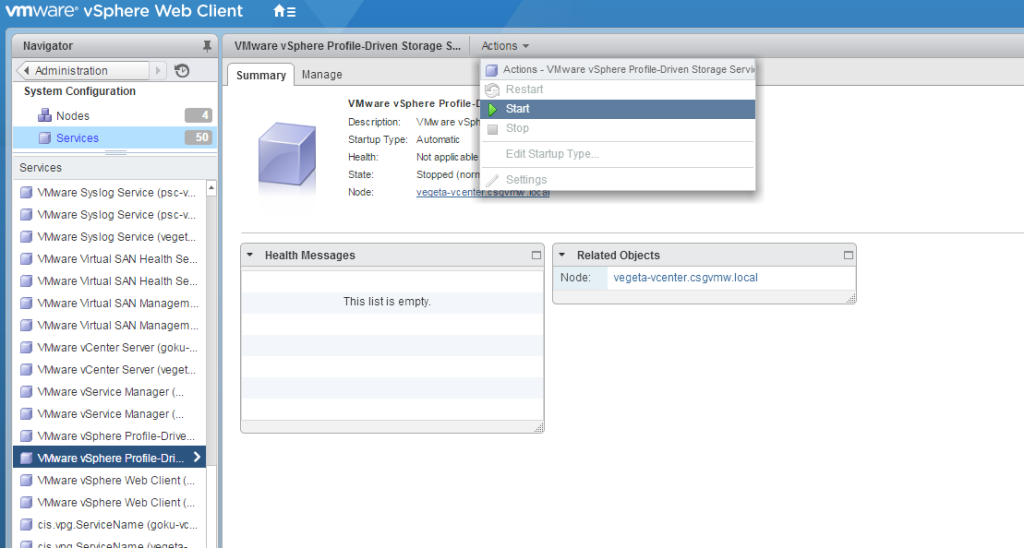 You can always just run the following too:

And voila! My next test recovery worked like a charm. So I am not sure if this was a freak thing, a version thing or just the upgrade and the service wasn’t started (most likely). But there you go, pretty simple fix. Wish the error was a bit more clear though.

So I hit up google and found a KB article and a community post:

Neither is related to SRM so I thought it was worth putting a post together.

6 Replies to “VMware SRM and the PBM & PreCloneCheckCallback error”