I wrote a blog post a year or so ago about ESXi and storage queues which has received a lot of wonderful feedback (thank you!!) and I eventually turned it into a VMworld session and other engagements:

So in the past year I have had quite a few discussions around this. And one part has always bothered me a bit.

In ESXI, there are a variety of latency metrics:

But you might note that there is a QAVG too. Queue Average. VMware defines it as:

So it is a part of KAVG. It is the amount of time an I/O spends waiting in the queue (if there is queuing) and KAVG adds any additional latency in the case of CPU contention, or if something is causing ESXi to hold the I/O in the kernel. This is why KAVG and QAVG is essentially always equal. If you hit the queue depth limit and latency is induced due to that, the latency is recorded in QAVG and also in KAVG.

But KAVG and QAVG always seem to be the same number. So what is the value in one or the other?

QAVG is a subset of KAVG. Like shown in this image that is plastered all over the internet. 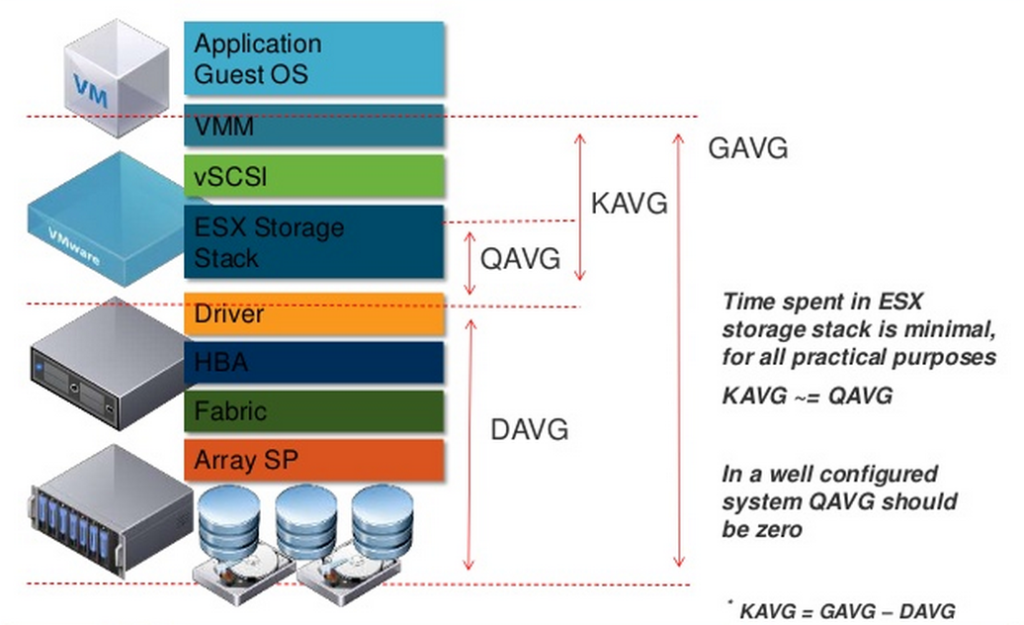 I ran into two situations where I questioned this:

But the weird thing was that in both scenarios QAVG was HIGHER than KAVG.

How is that possible? As you can see in the below screenshot, QAVG is 25 ms while KAVG is 18 ms.

So how could something that is a subset of something else be larger than the parent? That’s some bad math. 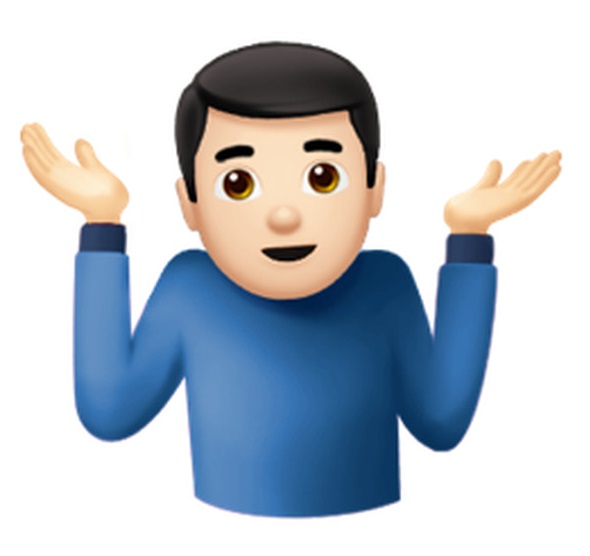 So I had three guesses:

Maybe a mix of the three?

I really didn’t think it was the first option. Too consistent and too different. The second option also seemed unlikely, but maybe the current documentation wasn’t really wrong, but more of an oversimplification? Number 3 seemed the most likely.

So I reached out to VMware on this one. Thanks to Mark and Jason, for setting up this call. I explained my situation and they agreed I was not crazy (well concerning this) and something indeed seemed wrong.

After some more discussion, this was the scoop. The answer is a bit of all three of the above options.

The first thing to understand is that GAVG is measured. DAVG is measured. QAVG and KAVG are actually calculated. (KAVG = GAVG – DAVG for instance). But that is not the cause of the issue really. The thing to understand about KAVG, DAVG, and GAVG is that they only measure VM I/O activity. They do not measure all I/O. There is a variety of hypervisor I/O that occurs as well.

Therefore in times of contention, hypervisor I/O gets pushed out of the way. Big time. So if there is a bad cable, causing aborts and I/Os to be stuck in the queue to retry, etc. Or if the array is throttling. This non-VM I/O will be punished in favor of serving your VMs.

So back to QAVG. Why is it higher if it is indeed a subset of KAVG? Well it is because what esxtop reports under those metrics are not calculated from the same set of data. KAVG is calculated from VM I/O only. QAVG is actually all I/O in the queue–including hypervisor metadata changes and other operations.

So the average for KAVG is lower. Since the hypervisor I/O is throttled so much more, its average latency is much higher. So this throws off the average and makes QAVG much higher than KAVG. So it is not wrong, QAVG is a subset of KAVG. But since these are calculated values, not measured ones, and use different data sets to calculate themselves, they do not appear to line up with this logic.

We can prove this out. In esxtop, the reported average latency is 19 ms. The QAVG is 25 ms. 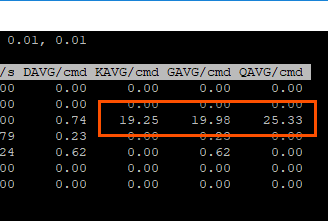 Not 25 ms as reported in QAVG. So the guest is not experiencing the higher latency.

So what does this mean?

Well, a few things. It is actually fairly helpful.

I will be digging a bit deeper into this, I will be sure to report more if I found out more.

12 Replies to “What is the latency stat QAVG?”